Aquatic invasive species (AIS) are non-native plants, animals, and other organisms that live primarily in water rather than on land. Aquatic invasive plants include algae and floating, submerged and emergent plants. Aquatic invasive animals include insects, fish, reptiles, mollusks, crustaceans, and amphibians. Other aquatic invasive organisms include pathogens (disease-causing organisms), such as molds, fungi, bacteria, and viruses. Detailed information about AIS can be found here: https://www.invasivespeciesinfo.gov/aquatic.

Invasive mollusks have not been found in any of the MFP reservoirs or associated stream reaches. However, the California Department of Fish and Wildlife (CDFW) is concerned that quagga mussel, zebra mussel, and New Zealand Mudsnail (NZMS) could be introduced into the MFP reservoirs and spread throughout the watershed. These three species are not native to the United States but have been detected in various states, including California. If established, these species can rapidly spread, fowling boats and equipment, clogging water intakes, and hindering hydropower and water supply operations. In addition, these invasive AIS consume large quantities of microscopic plants and animals, which disturbs the natural ecosystem, harming native plants and wildlife. PCWA is committed to reducing the potential for introducing and spreading invasive species.

A quagga mussel is small (up to 4 centimeters) with a striped black and yellow patterned shell. Quagga mussels can inhabit freshwater lakes, reservoirs and streams and colonize both soft and hard substrates. A single female can produce over a million eggs a year.

Currently, the closest known occurrences of quagga mussel to the MFP are in Lake Mead and the Colorado River downstream of Lake Mead, as well as all watersheds receiving water via the Colorado Aqueduct System. (Photo from: http://www.100thmeridian.org/Images/Mead/quagga.jpg) 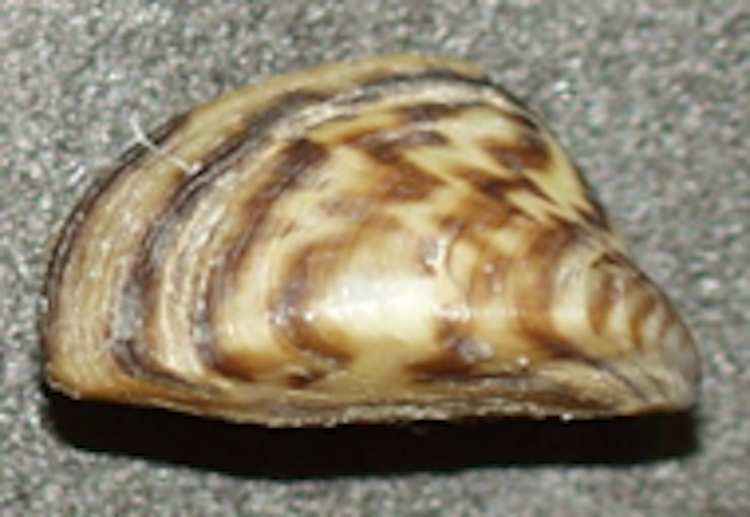 Zebra mussel is a small (up to 5 cm) freshwater mollusk, with a yellow and brown zebra-patterned shell. Zebra mussels can inhabit freshwater lakes, reservoirs and streams and colonize any stable substrate. They can also settle on submerged plants and be transported with them on bait buckets, fishing gear or boats. A single female can lay 40,000 eggs in a single reproductive cycle and up to one million in a spawning season.

Currently, the closest known location of zebra mussels to the MFP is at San Justo Reservoir, which is currently under quarantine, with the Department of Water Resources banning recreational boating at the reservoir. Zebra mussels have also been found in a pump at the Ridgemark Golf Course, near San Justo Reservoir. Both of these locations are in San Benito County in the Pajaro River drainage, about 230 miles from the MFP. (Photo from:http://watrnews.com/2012/07/zebra-mussels-found-in-lake-ray-roberts/) 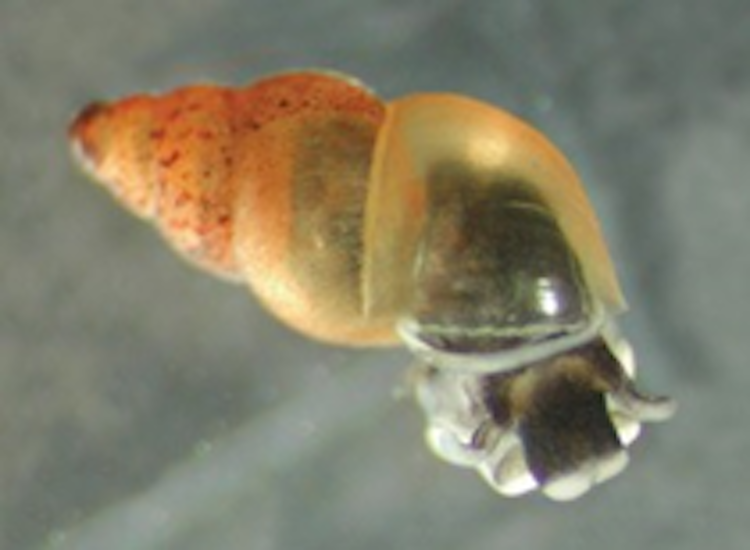 NZMS are tiny aquatic snails, ranging in size from about 4 to 6 millimeters. NZMS can inhabit freshwater and brackish lakes, reservoirs and streams. The mudsnail has an elongated, right-handed coiling shell, which varies in color from gray to light or dark brown. This species release live young rather than eggs.

As of 2020, the closest location of a large NZMS infestation is centered on the Lower American River below the Nimbus Dam near the CDFW American River Hatchery, roughly 50 road miles downstream of the Project in Sacramento County. The next closest infestation is located on the Lower Yuba River approximately 70 road miles from the Project in Yuba County. They have also been observed in the Sacramento River at the confluence with the American River in the city of Sacramento. NZMS were likely introduced to these rivers through shipments of live sportfish, with subsequent spread likely due to recreational activities. (Photo from: http://www.seagrant.umn.edu/newsletter/2006/06/images/mudsnail.jpg )

Many forms of AIS, including invasive mussels, can be transported from one body to another via boats, trailers, vehicles, fishing gear, and bait. Therefore, it is important to properly clean, drain and dry all boats, trailers and gear before and after entering a water body. Please follow these steps to avoid transporting and introducing AIS to the MFP reservoirs:

INSPECT all watercraft and equipment.

CLEAN any visible mud, plants, fish or animals from watercraft and equipment before entering or leaving the recreation area.

DRY equipment before launching into another body of water.

DISPOSE of debris and live bait in trash.

REPORT any mussels you find to the California Department of Fish and Wildlife hotline at (866) 440-9530 or email: invasives@wildlife.ca.gov.

Detailed information about how to properly clean, drain and dry recreational boats and equipment can be found here: https://dbw.parks.ca.gov/?page_id=28993.